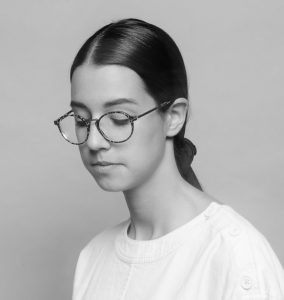 Ivana Dama was born and raised under the post-communist regime in Serbia shortly after the end of the civil war and during the time of NATO bombing. The tension between the former Yugoslavian countries was still undoubtedly present. Even though she was only a young child when the bombing began, images of the destruction still clearly permeate her mind. The memories of living in a small shelter with the sounds of bombs and vibrations have contributed to her interest in sound and space ranging from microscopic, architectural and satellite scale. In 2016, Ivana decided to move to the United States and pursue her education at a research institution that would allow her to experiment and work on improvisational projects. It was at UCLA when she realized that sound is an invariably important part of her work and when she became aware of how much power sound had when combined with the quiet world of visual arts. She has since begun to explore audio’s potential her work.